Fund VI is the largest in the Queen City Angels’ history and includes $3.5 million in matching funds from the Ohio Third Frontier program. 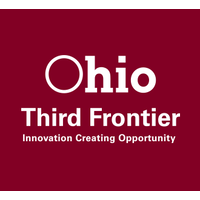 CINCINNATI – March 11, 2021 – Queen City Angels today announced additional capital secured from the Ohio Third Frontier Pre-Seed Program and the Ohio launch of its $15 million QCA First Fund VI (FFVI), the sixth in a family of funds and the largest fund in the group’s history. FFVI includes more than $10 million in private funds from QCA members and $3.5 million matched funds from the Ohio Third Frontier Pre-Seed Program. The Ohio Third Frontier Commission approved $70.5M in non-recourse loans to be awarded to 14 Ohio-based funds. QCA was the first angel group recipient and among the first overall recipients of Third Frontier funds dating back to 2003. Tony Shipley, founder of QCA, and John Habbert, director of QCA, will manage FFVI.

“Since we started QCA more than 20 years ago, we have invested over $75 million in nearly 100 companies,” said Shipley. “This new Ohio focused portion of our fund will allow us to further expand our efforts, helping more Ohio entrepreneurs and early-stage ventures to accelerate their development, grow their operations, launch new products, expand their reach and/or take the next steps toward success. This size of fund is a major milestone for our group, and we appreciate the confidence that the Third Frontier has shown us as a partner in building economic growth in Ohio.”

QCA will invest in companies throughout the state of Ohio, and will continue to focus on technology businesses, including life sciences and biotech companies similar to Sense Neuro, Standard Bariatrics, Ischemia Care and Kurome Therapeutics, and IT companies similar to Cloverleaf, Joot, SureImpact, Supply Dynamics and TPA Stream. Other industries of focus will include advanced materials science.

Habbert added, “Key to QCA’s continued success is our commitment to Diversity, Equity, and Inclusion for our membership and our portfolio of investments, leading to strong growth in QCA’s membership (49 members in 2014 and now 132 members in 2021); and, our strong partnerships with local accelerators, incubators, universities, venture capitalists and government agencies. In addition to leading investment rounds, QCA will continue to support syndication deals with other recognized and certified angel groups throughout the state as part of our alliance with the Angel Capital Association Ohio. Based on our history, we envision Ohio FFVI will support 15-20 different companies.”

The Ohio Third Frontier works with innovative startup companies across the state, making Ohio the destination for technology entrepreneurs. This robust network of resources helps take advanced ideas and turn them into new technology businesses. From biomedical devices to software IT and advanced materials, our many partners provide access to business expertise, mentorship, capital and talent to build and scale these cutting-edge technology companies. Ohio is ushering in a new era of entrepreneurship and innovation, and investors from across the country are taking notice.

Queen City Angels (QCA) is a group of more than 130 experienced and maturing accredited investors in the Cincinnati region. QCA members reside in 7 states and include former corporate executives and entrepreneurs. QCA investor members evaluate early-stage angel investment opportunities and provide on-going mentoring to young businesses with exceptional growth potential. QCA members typically donate the equivalent of $5,000,000 per year in pro-bono mentoring, coaching, and guidance for entrepreneurs to improve their success and the success of angel investors. Since 2000, QCA members have directly invested $75 million in more than 95 portfolio companies. The total capital invested in these companies, including QCA members’ capital, syndication partners’ capital, follow-on venture capital funds and venture debt is in excess of $620 million. CB Insight ranked QCA second out of 370 national angel organizations. For more information, visit www.qca.com.

Get Connected at Social Media