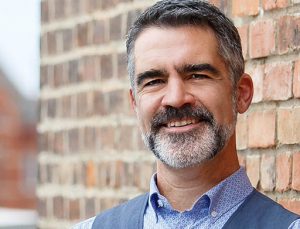 Back in 2010, the Cincinnati Business Committee, the same group that formed 3CDC, set its sites on turning Cincinnati into a growth city. The group wondered where the growth was going to come from, as the expectation was that it couldn’t continue to come from the same big companies who are as likely to lay off people as hire them. A solution was born from a study conducted by McKinsey & Company. A group was formed to answer the question in the study, “How does Cincinnati establish a tech-based innovation economy?”

For a city of its size, Cincinnati should have been getting more money from outside investors, but in reality not much was coming in. While there were numerous parts of an innovation ecosystem in existence during that time, there was little coordination within the ecosystem. In other words, there was not a lifeguard in the chair. No hub. No central place or building that says, “This is where the most innovative things are happening.” This is why Cintrifuse was formed.

Recently, Halo Effect interviewed Eric Weissmann, director of marketing for Cintrifuse, about the purpose and role of Cintrifuse in #StartupCincy and other activities helping to coordinate Cincinnati’s innovation economy.

HE: What are Cintrifuse’s 2-3 major achievements that you would point to when explaining the organization?

EW: There are three core assets that Cintrifuse has brought to the table since it started. First is the syndicate fund, which was created to spur regional growth. Second is Union Hall, which serves as a hub of activity in the heart of Over the Rhine. It is open and it serves as a creative gathering place where people work together and build upon the ecosystem. And the third piece is programs. We are filling in the gaps in the ecosystem, and trying to make sure everyone knows what everyone else is doing. StartupCincy as a brand really sprang from this – something that we all have in common – the Brandery, CincyTech, QCA, UpTech, HCDC. It is a brand that unifies all of us. Part of our efforts is getting BigCos interested in the startup and innovation scene. They are excited about what is happening and the enthusiasm and participation does not happen in other ecosystems. Columbus does not have the concentration of large companies that we do. So, why should startups come to Cincinnati? Look at other ecosystems and then compare our BigCos’ involvement. They are showing their support with dollars by partnering with startups, including paid pilots and contracts, taking meetings with VCs, etc. This is something that you don’t see in a whole lot of other places. EW: StartupCincy is a community of entrepreneurs, BigCos, educators, investors, creatives and enthusiasts. While Cintrifuse is playing a leading role with the community and our hand may be on the joystick, we are not steering the ship. The community tells us what direction to go. So if they ask for more pitch competitions, we’ll head in that direction. If they want more focused events, we can help facilitate. Cintrifuse is behind the effort to get everyone within the ecosystem to the same table so we can all execute faster. Monthly we hold marketing calls where every organization goes around and discusses their successes. We do take a leadership role in that, as well as leading the StartupCincy Advisory Board comprised of entrepreneurs, startup employees and ecosystem partners. We help by encouraging collaboration and providing a voice of the community because ultimately why we all exist is for the benefit of the community as a WHOLE.

HE: How does Cincinnati measure up to other U.S. cities in terms of entrepreneurial activity?

EW: This is something that we are constantly evaluating with a variety of metrics from number of exits and total capital deployed to how many startups are here? How we relate to our peer Midwestern cities is important. Whereas Chicago might be aspirational for us in terms of sheer size, when we compare with Chattanooga, Indy and Columbus, we have a lot of parts and pieces they don’t. It’s easy to come to Cincinnati, visit Union Hall and plug in. In a short period of time, you’ll learn the best meetups; best people to talk with; people to help with pitch deck; c-suite resources, etc. We are much more connected and collaborative than any other system with room to grow for many more startups. Up until a few years ago, we didn’t have an accurate guess as to how many startups were even in our ecosystem. When we opened up the Cintrifuse membership model, we grew to 100 right out of the gate and now we have close to 300 in our census. But we really need a 1 in front of that number (1,300) to be a vibrant, healthy ecosystem, so we are just getting started.

HE What are 2-3 things that need to happen to make Cincy an even better place for entrepreneurial activity?

EW: We need to continue to foster relationships up the pipeline from a talent standpoint coming from both universities and BigCos. We need to identify people within them who have an idea and to encourage them to follow through with it. The Founder Institute does a great job of drawing people out of Bigcos to come to startup world. When you look at successful ecosystems such as Silicon Valley there are engineers that work for companies that have ideas and are encouraged by their employers to start their own thing. I’ve heard stories of Google employees leaving the company only to turn around and have Google (their former employer) be their first customer. We have to show people that entrepreneurship and startups are viable alternatives for career path. After all, entrepreneurs built this town.

HE: Cintrifuse has been a driving force behind FounderCon and other citywide events. How have the events impacted the perception of Cincinnati as a world-class startup community?

EW:  One of the reasons we entertained bringing FounderCon to town was to get on people’s radar from outside of the 275 loop. The event brought in 1100+ folks that had never been to Cincinnati before. For them to see that we are urban – not a farm town – with big buildings; two, almost three, professional sports teams; nightlife; the electricity of OTR; inexpensive investment opportunities; and startups that have good ideas without the ego or crazy valuations. Look how far your money goes; $500k will buy you several more developers than in Silicon Valley. We bring people and businesses from other areas – founders, CEOs, entrepreneurs – to rub shoulders with our startups. Our entrepreneurs quickly recognize how similar they really are.

EW: When we first started, we moved a lot of people’s cheese; meaning we had a lot of people wondering what we were up to and why did the ecosystem need something like Cintrifuse. Kind of like the Hippocratic Oath (‘Do no harm…’) we have proven that Cintrifuse is here to help. We’ve shown that we can move big rocks out of the way and are listening to what the community wants. We’re setting the conditions for success and I look forward to watching the impact StartupCincy will have on the Midwestern startup scene.